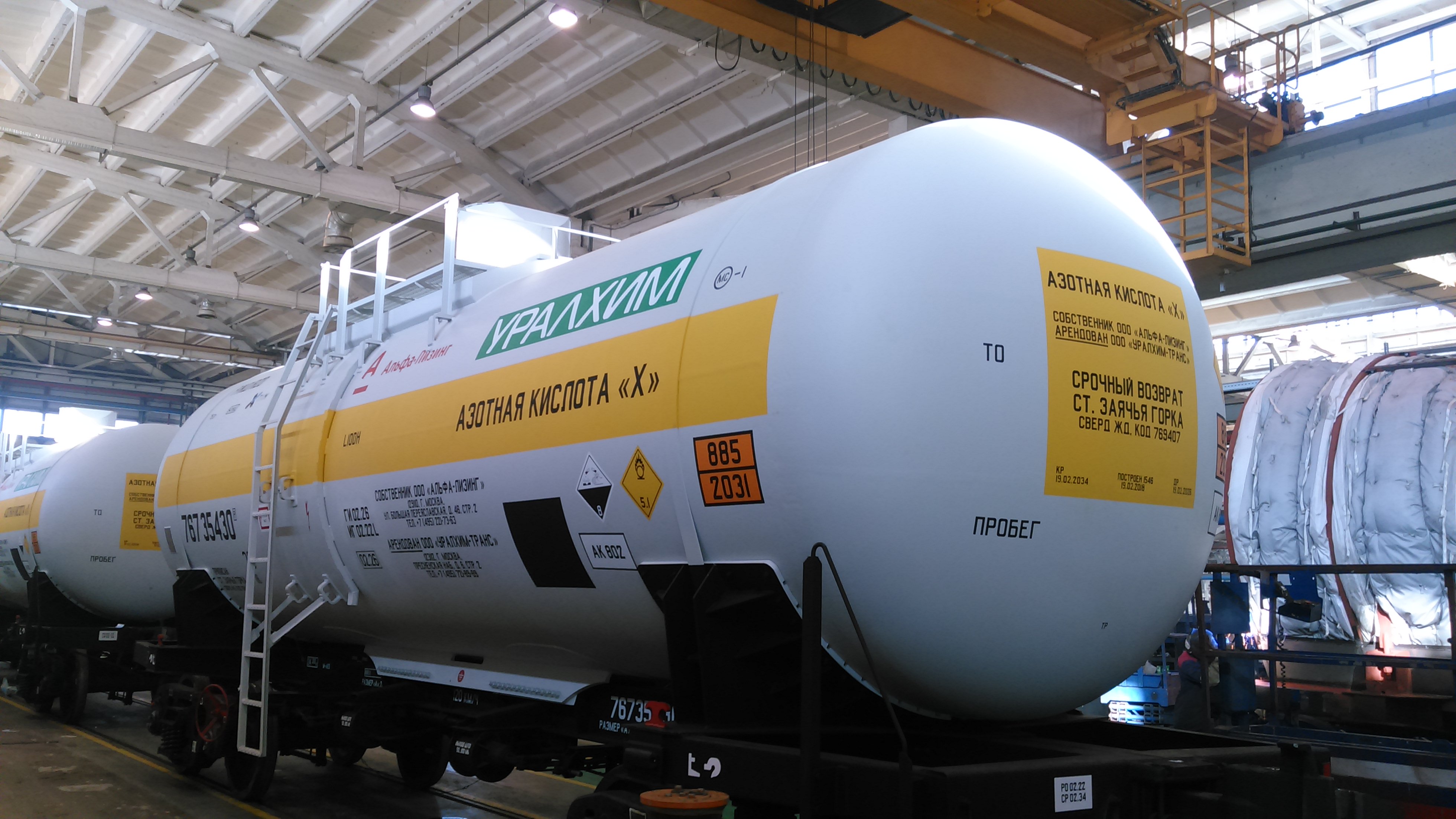 As part of the previously awarded tender, PJSC RPC “United Wagon Company” completed the delivery of 30 tank cars designed per an order from URALCHEM to transport concentrated nitric acid. The deal was financed by GC Alfa-Leasing.

Model 15-6901 tank cars with a tank volume of 54.78 m³ are equipped with a running gear providing an increased axle load of up to 25 tonnes, which ensures an effective load capacity of 75 tonnes and allows the achievement of better rail car loading compared to previous generation tank cars. Due to the high corrosiveness of concentrated nitric acid, the car is made with aluminium, which is inert to the transported materials. For the first time, a radar level gauge can be used on the tank cars to measure the level of the acid, which makes it possible to improve the safety for maintenance personnel during loading operations.

URALCHEM initiated the project of replacing its tank car fleet in 2014, because of the planned retirement of rolling stock after the end of service life and due to the prohibition to extend it. At that time, no plant in Russia owned a certified rail car model for the transportation of concentrated nitric acid. The only company that declared its readiness for production was RPC “United Wagon Company”.

‘The delivery of this project is an important stage of cooperation between the companies. RPC UWC is our reliable partner, which demonstrates stability, customer orientation and full compliance of its innovative products with the highest quality standards, as well as with the level of safety globally accepted in the field of transportation. Innovative tank cars intended for concentrated nitric acid will ensure uninterrupted and timely deliveries of our products to Russian consumers.’

The contract for the manufacture of 30 tank cars to be used in the transportation of concentrated nitric acid was signed between URALCHEM, PJSC RPC “United Wagon Company” and GC Alfa-Leasing in September 2017. The purchase of the rail cars was financed by one of the leading leasing companies, Alfa-Leasing.