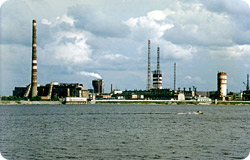 The main products of Azot Branch are ammonia, nitric acid, urea, sodium nitrite and ammonium nitrate. Azot Branch of URALCHEM, JSC was one of the first Russian mineral fertilizer producers to register its products under the REACH regulation, officially warranting the right to export its products to the European Union.